Pokemon Go is making headline after headline across the world. Pokemon Go is now the biggest game in the US—topping daily Twitter users and seeing more user engagement than Facebook.

What is Pokemon Go? It’s a free, location-based augmented reality mobile game that encourages users to discover Pokemon in the real world. The creators encourage you to “explore cities and towns around where you live and even around the globe to capture as many Pokemon as you can”. For more details, see Pokemon Go explained in less than 400 words.

When a game, article, or trend goes viral, researchers everywhere try to figure out the reasoning behind the burst of popularity. For Pokemon Go, three crucial trends work together to make this game a sensation around the world.

The game uses your phone’s GPS to decide which Pokemon appear in the game. If you’re in a particular location (for example, a park), the screen will show similar scenery (like more grass and bugs). Location-based features, like finding restaurants or exercise studios near you, have become increasingly popular over the past years. In fact, it is seen as a standard for any new app or software. The idea that the game changes based on your location makes it both exciting and mysterious.

In January, we forecasted that gamification would take off in 2016. Psychologist Jamie Madigan breaks down the success of games into six core motivations: action, social experiences, mastery, immersion, creativity, and achievement experiences. This last one — achievement experiences — is the leading factor that causes addiction to games. Rewards like reaching new levels, gaining more power or players, or even a buzz on your fitness tracker can be powerful motivators.

Augmented reality has been on the mind of product developers for quite some time now. However, until now, many have seen it as too expensive or not having enough interest. Snapchat released AR to the population with its lenses, but many didn’t connect this feature with Augmented Reality. With Pokemon Go, the world is clearly seeing AR in the mainstream—and it is working.

Applying These Trends to Online Orientation

Now that we have any idea of what caused the popularity of Pokemon Go, lets look at how each trend can be used in online orientation to increase engagement and retention.

Location-based content serves as a way to personalize content to your students. A simple way to incorporate location-based content is to deliver variable content to students based on the area they are located or perhaps their future location. For example, during an orientation, once a student identifies which dorm on campus they are going to live in, the content that follows can include things like study resources nearby. The more relevant the content is to them, the more likely students are to retain the information.

Many online learning companies have begun to incorporate “rewards” into their program courses. For example, in the language-learning app Duolingo, levels of difficulty are incorporated with badges to signify mastery of information.

Both of these elements can be applied to online orientation or training. First, teachers or program managers can structure their content in levels of difficulty, beginning with easy-to-comprehend information at the start. Using these levels, certain “points of mastery” can be established that show a student understands a particular part of the lesson. Then, online badges can serve as a reward for students who successfully complete various levels or the course itself. Software companies like Google and HubSpot have seen great success is awarding these “certification badges”, allowing test-takers to post to their online resumes or LinkedIn profiles to gain recognition.

With a strategic plan and timeline, incorporating augmented reality into your program can drastically increase engagement and retention of information.

AR can bring the campus to the online user, giving them a real-life sense of the atmosphere of the college. Consider using AR to take your students on a tour of campus, allowing them to experience different areas of the campus through video. For a step-by-step example of how you can create an AR tour for your orientation, check out librarian D’Arcy Hutching’s Storytelling Strategy.

While a viral phenomenon like Pokemon Go may seem random, there are often underlying trends that help us to understand its popularity and how it can be applied to our objectives and goals. To make your orientation stand out, consider applying one of the above trends this upcoming school year. 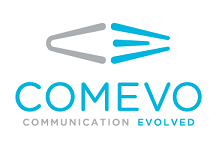 Note: It is our responsibility to protect your privacy and we guarantee that your data will be completely confidential.